I've marveled at the Puppet Warp Tool in Photoshop for quite some time, but I've never actually used it. Not that I didn't understand how, it was just that I never had the need. So I decided to sit down and create a concept that would utilize this tool in a cool way, that would be fun and interesting. The result is this tutorial on creating a vintage style circus poster design.

I knew I wanted to create something with sort of a vintage circus feel to it, but with more of a strange curiosities or oddities theme. Something a little more sideshow strange. I did a little research and found some old posters, but I knew I wanted to push the envelope a little more... Enter the Puppet Warp Tool. Just the name of this PS feature sounds like something from a sideshow. 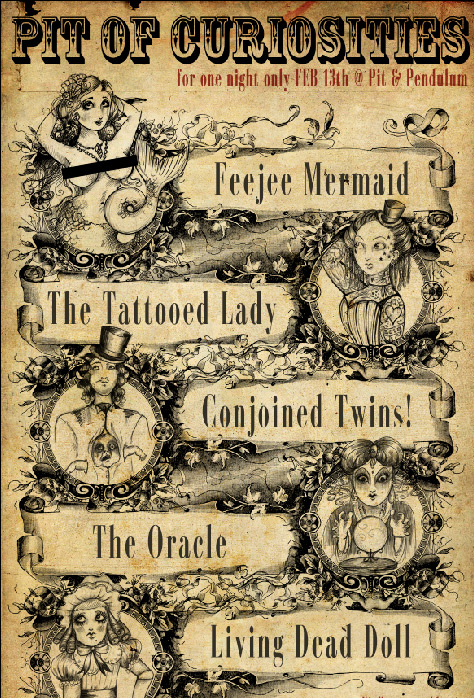 With some inspiration found and a concept in mind I started looking for images. I stumbled onto this one which fit the bill for what I had in mind. You can download it here. 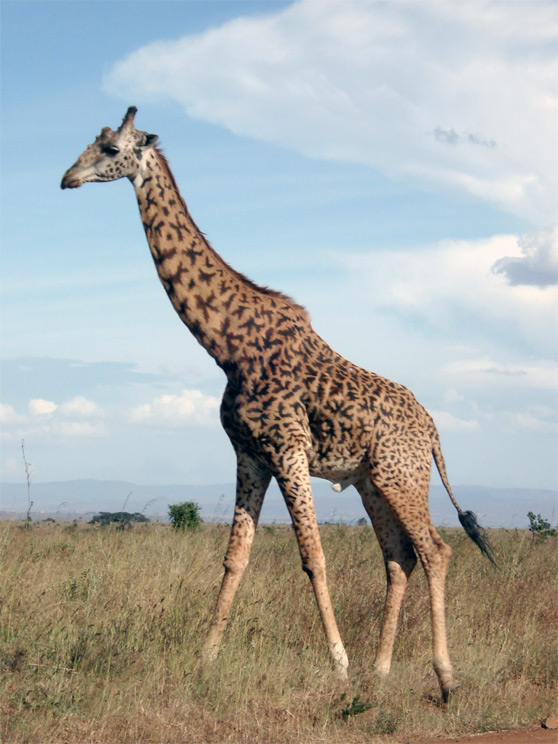 To use the Puppet Warp Tool on the giraffe we'll need to remove him from the background. I did a very quick selection using the Quick Selection Tool (W) and the Quick Mask Mode. 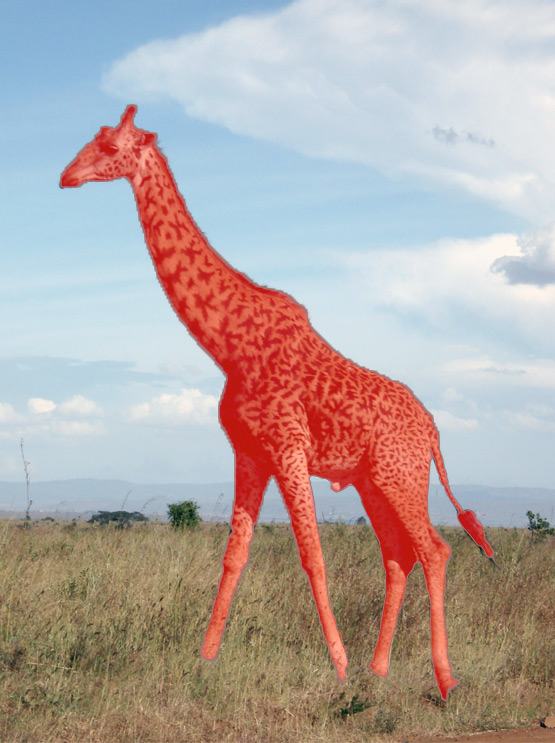 I then copied (Ctrl+C) the giraffe. Next, I expanded the selection by going to (Select | Modify | Expand). I chose 20 pixels. 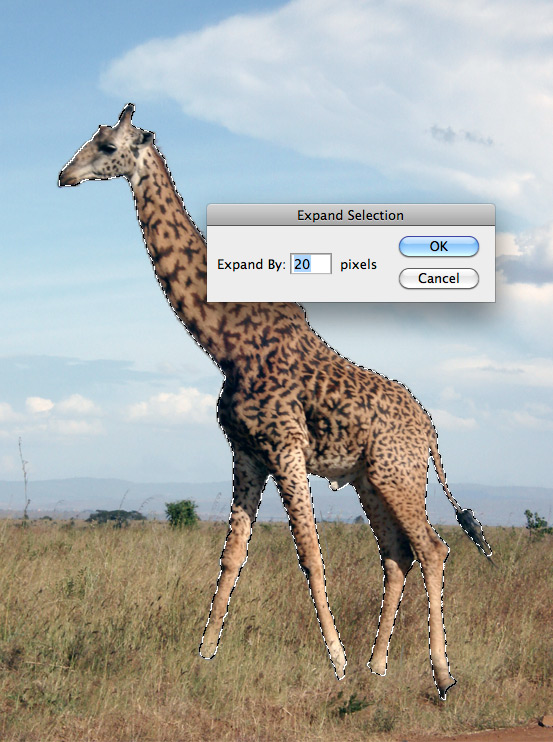 Then to remove the giraffe we need to click (Edit | Fill) and from the windows "Use" drop down choose "Content-Aware", and click Okay. 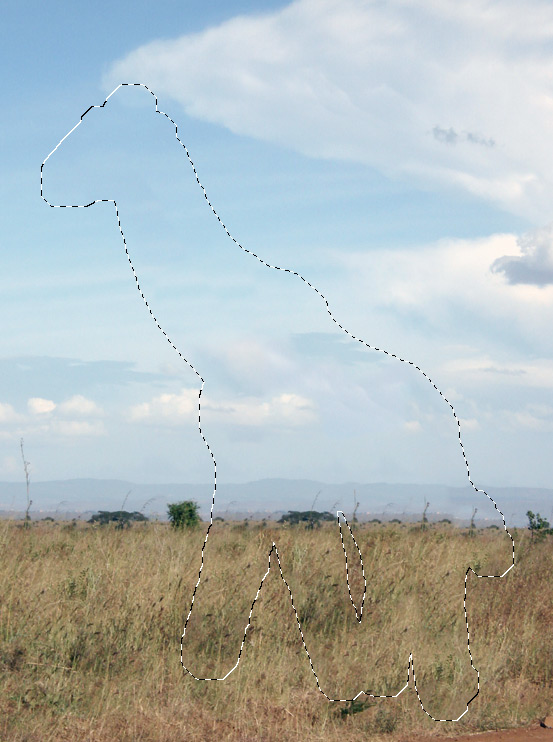 The background fills in the missing space from removing the giraffe.

Now paste (Ctrl+V) the giraffe from the clipboard onto a new layer. Go ahead and paste a second giraffe as well onto another new layer. Select the second giraffe and choose (Edit | Transform | Flip Horizontal). Now we have two giraffes facing each other. Lets move them close enough so that their necks cross like the example below. Lets also merge them into one layer (Cmd + E). 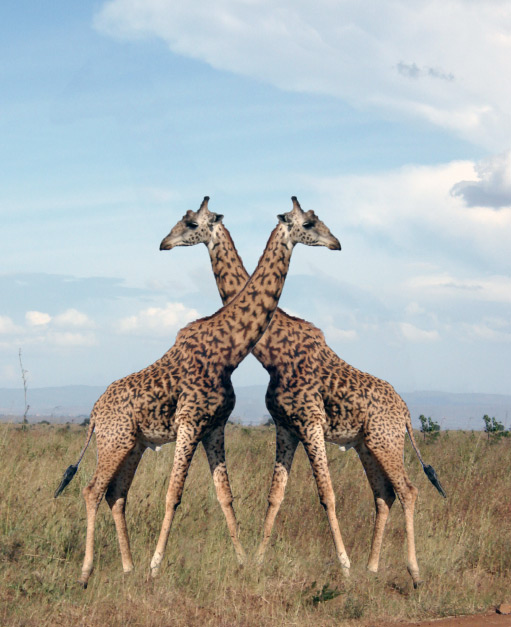 Now lets apply the puppet warp. With the giraffes layer selected go to (Edit | Puppet Warp). The top tool bar changes with some options. For Density set the drop down to More Points.

Next begin clicking the giraffes to add points similar to what I have done below. 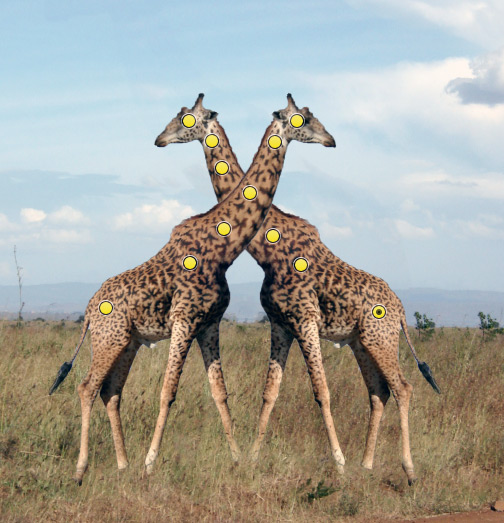 You'll be able to edit the giraffes by clicking and dragging these points. Our goal is to get their necks to wind together. Similar to what I've done below. 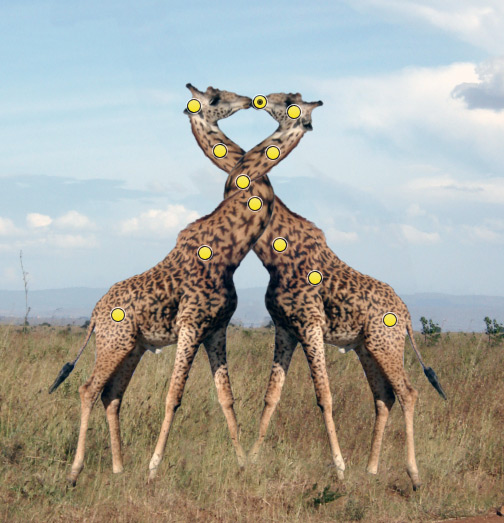 Press enter to render the effect.

Now we have our central focus for the poster. At this stage I want to begin establishing the style and look of a vintage circus poster. First, I want to desaturate the entire image. We'll do this by adding a new black and white adjustment layer.

Now let's give the image a slight brown tone with a sold fill layer. I used #ab9d8d for the color. I also added a Levels adjustment layer with the following settitngs. 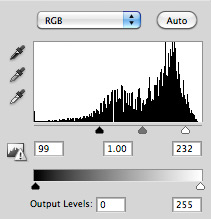 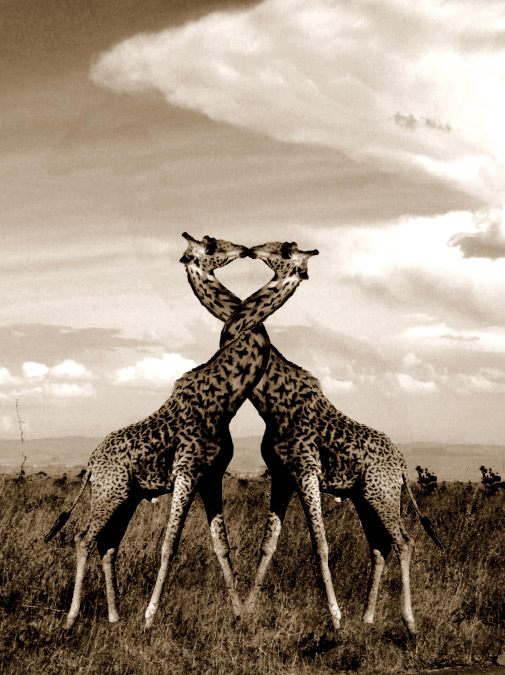 Now I'm going to drop in a texture for good measure. I grabbed image 1 from the the Subtle Grunge Textures Vol 2 set here at WeGraphics. I placed the texture below my adjustment layers and set the blend mode to Overlay for the following result. 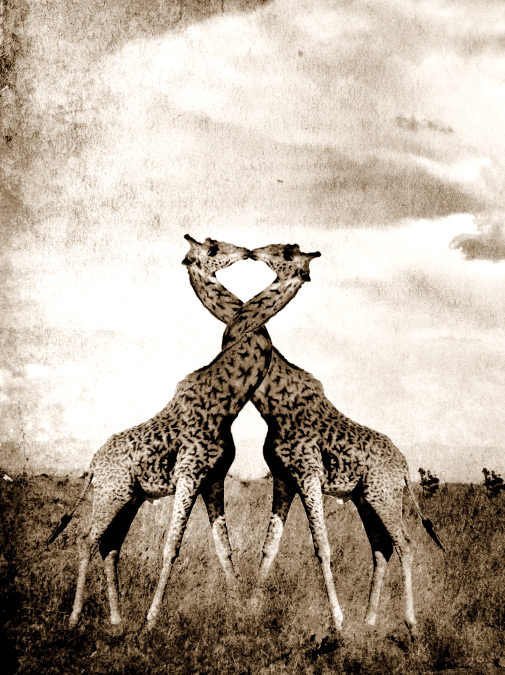 Now lets add some background elements. I chose a few vectors from the Ornate Scroll and Frames and Baroque Ornaments vector sets here at WeGraphics. I built out the borders as follows. 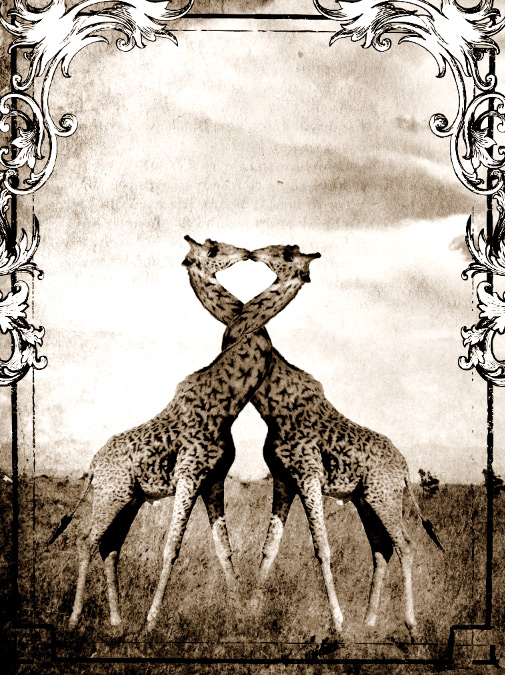 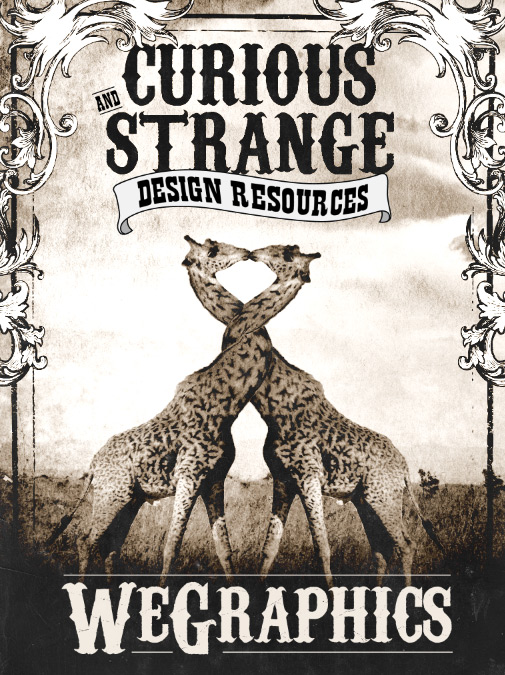 I hope this tutorial showed you how quick and easy it is to use the Puppet Warp Tool to create something very unique and interesting. Sometimes some of best tools in Photoshop are not the most widely used, but that doesn't mean that they're not powerful when right project comes along. If you've used the Puppet Warp Tool lately, share it with us using the comment fields below.

How to Make a Boho Look in Photoshop in 5 Minutes

You probably saw a lot of images with a bohemian style used over almost any type of photo that you can think of. An there are many different methods to achieve that look in Photoshop using various adjustment layers, channels, curves, etc. But today, I will show you how you can achieve that Boho look in Photoshop in 5 minutes using the powerful Camera RAW plugin that you can adjust to fine tune your image once the main effect is made. Please, keep in mind that every image is unique, so the settings I will show you here should be taken as a basis for all of your images and it may require some different values on each setting depending on your photo.

By now, you've probably seen many different images using a plastic wrap as a decorative element on designs. Most of the time, the plastic wrap texture can be used as-is, just changing the layer blending mode to "screen" and adjusting the opacity to your liking. But what if you want to have the shiny parts of the plastic over a transparent background so you can later change the plastic color? Today, I will show you how quickly you can make any plastic wrap texture transparent so you can later use it over any of your images.

How to Make a Sports Themed Text Effect in Illustrator

Usually when you need to give any text an effect you probably think on use Photoshop to make it. But in Illustrator you can also make a wide range of effects that can be reused over any other text without having to make the whole effect again by using Graphic Styles. So today, I will show you how easily you can make a Sports Themed Text Effect in Illustrator using only the Appearance panel and then making a Graphic Style with it so you can use it an unlimited number of times over any other text you want.