The Benefits and Perils of Working as a Subcontracted Designer

Every freelance designer?s dream is to find not only loyal clients but also good clients that refer work back to them. Or it could be working on those unique projects that become award-winning pieces. Or it could be projects that are fulfilling not only financially, but also intellectually. Yet the life of a freelancer seems to be coupled by a diversity of projects and/or clients. Some of which will be rewarding and some that can be considered ?bread and butter? projects. ?Bread and butter? projects are those projects that allow designers to pay the bills and keep going, especially in these economic times. During these tough economic times freelance designers might find that engaging in subcontract design work is a way to supplement their income and keep their practice fresh. What is sub-contracting exactly? And what are the advantages and disadvantages of doing so?

Subcontracting work means to work?as Andy Rutledge puts it in his blog? as a ?ghost designer? or ?as Shel Perkins accurately describes it in his book Talent is Not Enough: Business Secrets for Designers? to do ?work for hire.? Each term has definite connotations. Rutledge?s term seems to convey a slightly negative one while Perkins? seems to convey a more positive tone. This is important for ethical reasons and we will get to that later in the article. The Graphic Artists Guild adamantly opposes doing any type of ?work for hire.? The Graphic Artists Guild defines work for hire as follows: ?Work For Hire: For copyright purposes, ?work for hire? or similar expressions such as ?done-for-hire? or ?for-hire? signify that the commissioning party is the owner of the copyright of the artwork as if the commissioning party has, in fact, been the artist. Work for hire strips you not only of the rights but of AUTHORSHIP; the buyer is the author under the law. The Graphic Artists Guild is unalterably opposed to work for hire contracts.? Based on this definition, work for hire refers to any work you do for someone else under his or her name. Thus, ?work for hire? is work you are hired to do by a company, agency, studio, designer, and others under the name of the company, agency, studio, studio, and/or designer that hired you. 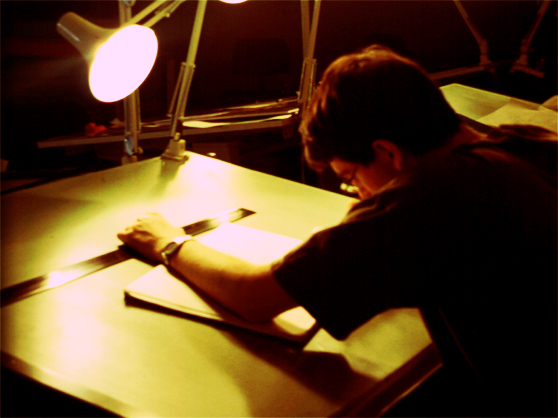 Legally the company, agency, studio, and/or designer that subcontract you do not employ you. The terms of your services will likely be on a project-to-project basis. In most cases you set your own schedule, though sometimes the company, studio or agency might subcontract you for a period of time instead of project-to-project. In those cases it is often common to have a schedule. You report certain days of the week for certain amount of hours determined by you and the company doing the hiring. It is important to understand that in most cases, you will have no benefits even if you are working 40 hours a week for say 3-6 months at a time. When a designer does ?work for hire? a contract is handed to him/her to sign. In this contract there will be certain specifications regarding copyrights, intellectual rights, authorship rights, and others. You will be required to not only sign this contract, but also to initialize and/or sign certain statements such as your acknowledgement and understanding of confidentiality agreements, use of loaned software if any to be returned at the end of the contract along with any other sensitive information.

As stated earlier, Andy Rutledge considers the act of subcontracting design work a dishonest one. On his blog, he states the following: ?As one who might serve as a subcontractor, the only ethical form of practice involves your insistence that you are represented fully to the client and your responsibilities outlined clearly in the contracts. If you are invited into a shadier or ill-defined situation, ethics and professionalism demand that you work with the contracting party to amend the issue or you pass on the project.? He compares the act of subcontracting outside studio help to treating your friends and yourself to an expensive meal in a prestigious restaurant only to find out that ?a cook?s assistant is then sent to the nearby grocery store for the appropriate assortment of frozen dinners. After a few minutes in the microwave, the sous-chef plates the orders with precision and the expediter finishes the presentation with a flourish.? Routeledge?s point is that the client deserves transparency and to know what he is paying for. 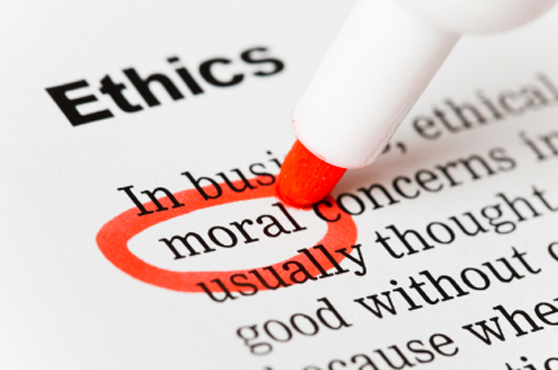 Though subcontracting is a common practice for many designers, studios, and/or agencies, it is worth asking ourselves if being a ?ghost designer? is the proper and ethical way for designers to engage with clients. After all, if the tables were turned, we probably would like to know how our project and/or account is handled. Some clients will probably not care too much and in fact they will probably expect the designer, studio, and/or agency to subcontract some aspects of the work. After all, they are business people too and as business people, they might understand that one designer, studio and/or agency cannot specialize in every aspect of design. However, there might be clients who will care and who will want to know. To those clients it is our moral responsibility as designers to let the client decide if he/she wants to know. On the other hand, subcontracting design work might be a good way for designers to supplement their income during slow times, keep their skills fresh, do a variety of projects that otherwise the designer would not do, get to know other designers, and increase their network of contacts.

In a business that relies on people to be able to create and design, it is best to aim to engage in honest practices. If you are being contracted, ask questions. Ask whether or not the client is aware of your participation, and ask why or why not. Be an informed designer. If you are the one subcontracting a designer, speak honestly with your client and let him/her decide if that is satisfactory for him/her. Kindness and honesty go a long way, especially in a business like ours where we rely on our reputation to do good work. If the designer is a young designer, taking subcontracting work exposes him/her to the realities of working with clients, deadlines, project related issues such as last minute changes, and others. But perhaps the most valuable lesson taking work as a subcontractor might be to see how fellow designers interact with clients and with each other. The experience might help the designer form his/her own opinions about how to handle the daily routine of studio life.